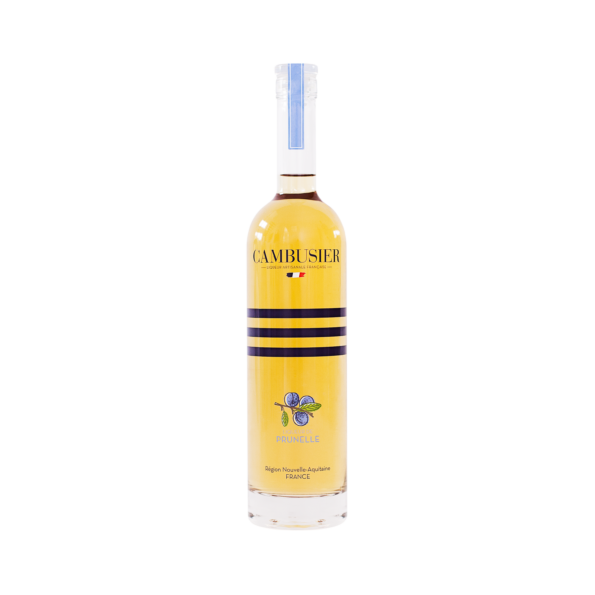 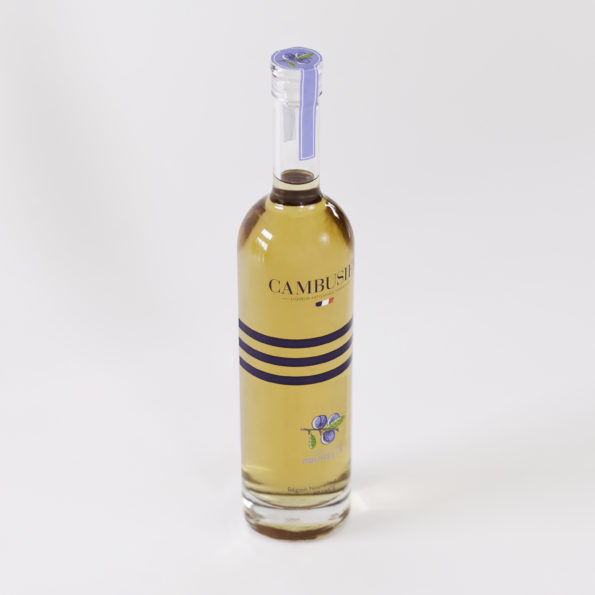 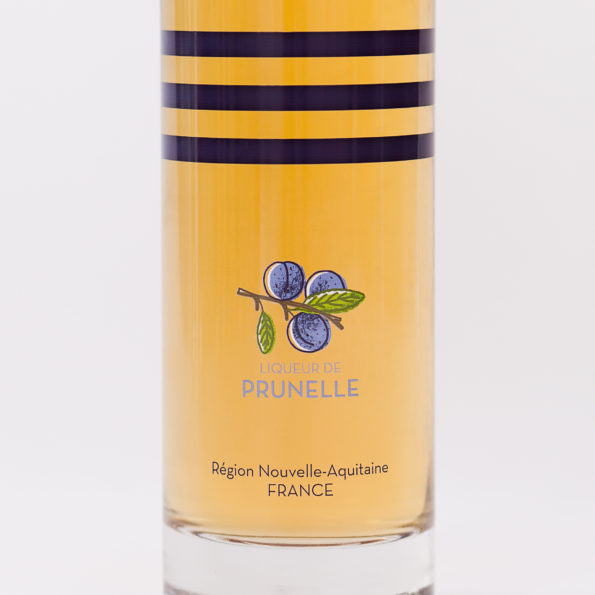 Cambusier’s sloe liqueur, akin to Patxaran, the typical Basque liqueur, is made by blending macerated sloe berries and their pits.
Complex, full-bodied and wild, it wows with its incomparable taste.

This liqueur can be drunk pure, as a kir or in a cocktail and is served at room temperature.

The Distillerie Bellet was founded in 1922 and established in the centre of Brive la Gaillarde. The craft liqueur production proposes an array of delicious aperitifs, liqueurs, cream liqueurs and syrups. The excellence of production methods, pursuing finest craft traditions, has led the distillery to be acknowledged with awards such as the gold medal for its Guignolet in 2015.
Given the owner’s great passion for the mountains, it was only naturally for him to create plant-based liqueurs such as génépi, verbena and green Pastis (Pastis flavoured with verbena). Through this ingenious harmony between the craft liqueur production expertise and a constant quest for exceptional natural plant essences, the distillery invites you to rediscover the fragrant soul of the distiller’s still and local flavour.

With its 12 departments, Nouvelle Aquitaine is now the most extensive French region. Known for its strong economy and its agriculture, Nouvelle Aquitaine ranks first for turnover and is becoming increasingly appealing over the years. Known for its strong economy thanks to its agriculture, Nouvelle Aquitaine ranks as the top agricultural region in Europe in terms of turnover and the top French region in terms of tourism jobs (thanks to its seaside resorts and its winter sports resorts).
The region’s pride and joy is its incredible, internationally-renowned viticulture (Bordeaux and Cognac vineyards) which flourishes thanks to a wonderful climate and the closeness to the coast. Nouvelle Aquitaine embraces mythical Châteaux such as Château Papa Clément, Pétrus, Yquem and cognac producers such as Hennessy, Remy Martin and Martell. This wine culture is enhanced by the region’s delicious, diversified gastronomy which includes specialities such as la Tourtière (a local pie), Pauillac lamb, Bordeaux cannelés (small rum and vanilla-flavoured pastries) and Basque chicken.
Along with its illustrious regional cousins, cognac and wine, sloe liqueur, reputed for its wild and intensely-fruity taste, is a Nouvelle Aquitaine ‘must’.

Sloes are pitted fruit which grow on the sloe tree, commonly found along forest edges, wood clearings and country lanes. Their spherical shape and blue-violet, sometimes blackish colour lead them to be mistaken for blueberries. Watch out, however, as the fruit is so bitter that it cannot be eaten until after the first frosts.
It can be processed in many different ways, for example, in the Basque country eau de vie, wine and liqueur, known as Patxaran, are made. Nouvelle-Aquitaine, with its excellent reputation for premium-quality fruit and for its fruit growers’ savoir-faire, is the reference region for sloe.