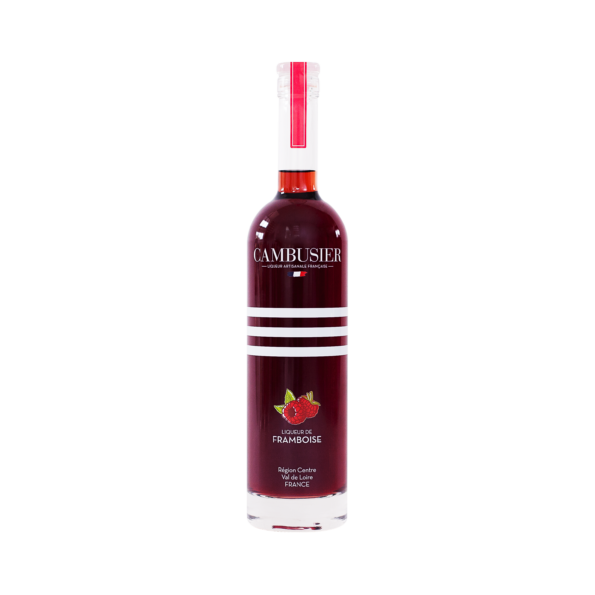 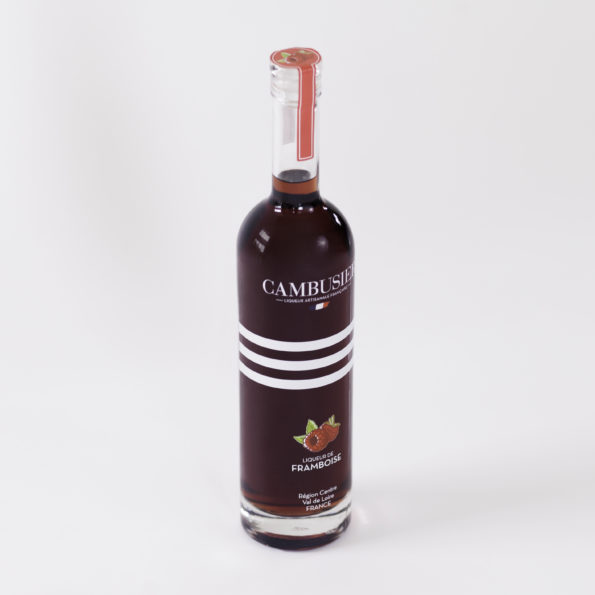 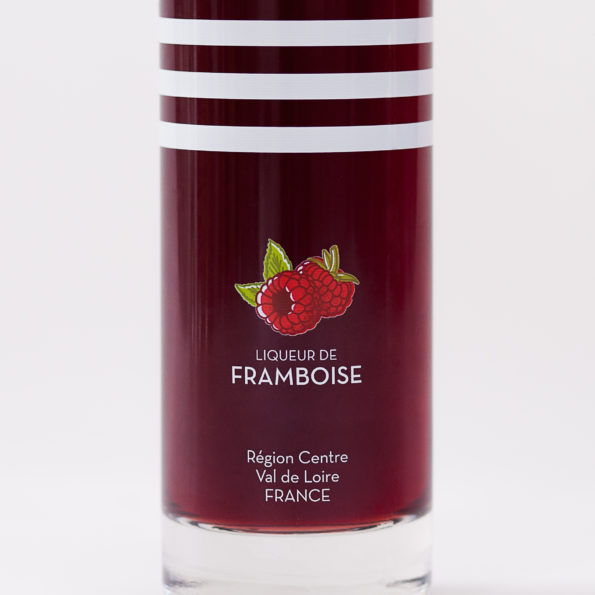 Cambusier’s exquisite red liqueur is made by macerating Sologne raspberries.
Intensely fruity, powerful yet refined, it wows with its incomparable taste.

Presented in its branded box
Volume: 50 cl / Alcohol 30%
Made in Chissay-en-Touraine (Loir-et-Cher )

The Distillerie Girardot Fraise Or was founded in 1900 by Jules Constant Girardot and his brother-in-law Alfred Romand. The two men, born into distiller families, decided to leave the family distillery in Dôle and create their own Distillerie Romand et Girardot in Romorantin in Sologne, where they could take advantage of the Val de Loire and Sologne climate which was highly favourable for growing fruit. In 1926, the son, Henri Gaston Girardot, moved the distillery to Chissay in Touraine, at the very heart of the Loire castle region and just 3 km from the Château de Chenonceau.
Henri-Pierre Girardot, the founder’s great grandson and master distiller and craft liqueur producer now heads the family business. Production methods, handed down over the generations, are an absolute guarantee of authenticity and tradition.

Centre-Val de Loire is a French region which groups together three historic regions: Berry, Orléanais and Touraine, and comprises six departments: Cher, Eure-et-Loir, Indre, Indre-et-Loire, Loir-et-Cher and Loiret. Centre-Val de Loire is the 6th largest French region in terms of area (39,151 km²) yet only totals some 2.58 million inhabitants making it one of the least populated regions of France. From a purely geographical point of view, this region fans out around the Loire, the country’s longest river, which provides it with an incredible diversity of fauna and flora.
Reputed for its neverending expanses, its natural parks and the great diversity of its landscapes (forests, sandbanks, marshes, moors, peat land), Centre-Val de Loire is well-preserved and is the pride and joy of its inhabitants. Economically-speaking, the region is recognized for its cereal production and its industry which make it a strategic area of France. The region is also famous for its history, in particular its monuments such as the cathedrals in Chartres, Bourges and Orléans, and it is enjoyed for its mild climate. It was mainly for its mild climate and easy-going lifestyle that the kings of France decided to settle here.
Centre-Val de Loire is known for a wide selection of culinary specialities such as rillettes, crottin (goat’s cheese) and Pithivier pie. Its home-produced alcohols, such as the deliciously sweet raspberry liqueur, help promote the region.

Raspberries have been grown since the Middle Ages, yet their production, which only really took off in the 20th century, has constantly flourished over the last decades. Raspberries, like blackberries, belong to the red berry family. Raspberries are red and cone-shaped, more or less fleshy depending on varieties, yet it is also possible to come across white or yellow varieties.
Raspberries are popular and appreciated for their water, fibre, vitamin C and, more particularly, pectin content, making them a perfect fruit for syrups, jams and liqueurs.