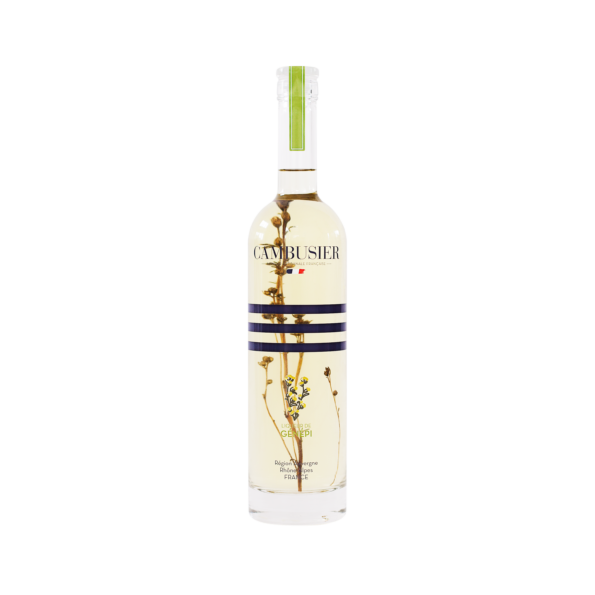 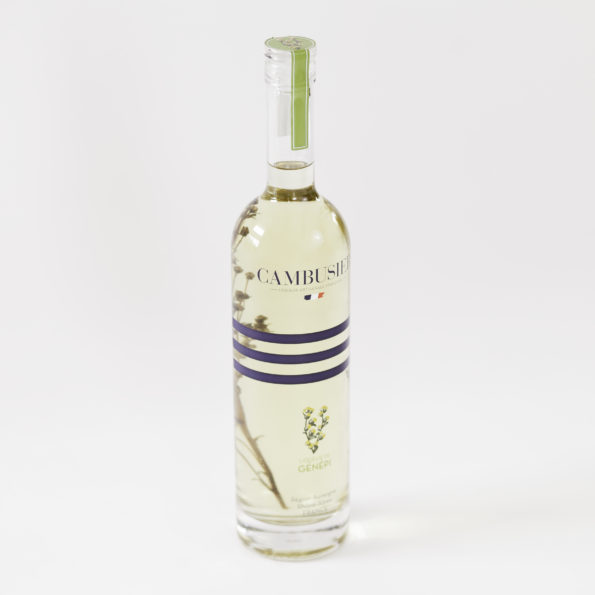 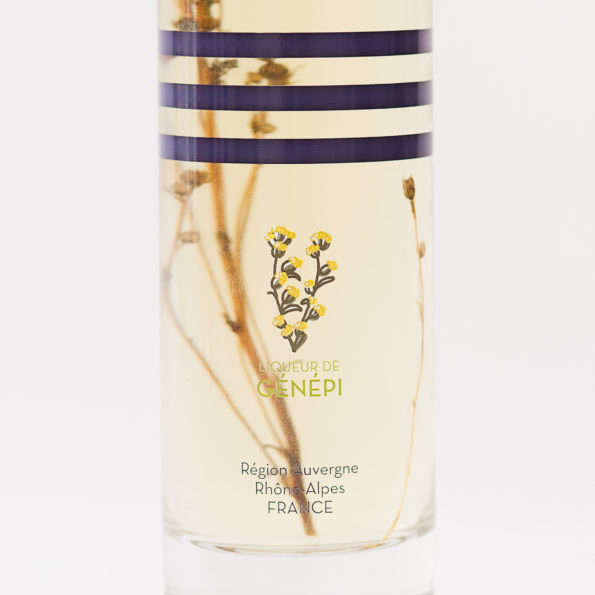 Cambusier’s génépi liqueur is made by blending macerated génépi and génépi alcoholate.
Traditional, natural and bursting with excellent digestive virtues, it wows with its incomparable taste.

Presented in its branded box
Volume: 50 cl / Alcohol 40%
Made in Saint-Quentin-sur-Isère (Isère)

Drawing on its diversity, boosted by the alliance between Auvergne and Rhône-Alpes, the region stretching over some 70,000 km², invites to discover its one-of-a-kind geographical, sociological, cultural and economic fabric. It is bordered by 5 other regions: Bourgogne-Franche-Comté to the North, Centre-Val de Loire to the North-West, Nouvelle-Aquitaine to the West, Occitanie to the South-West and Provence-Alpes-Côte d’Azur to the South-East. It is also a neighbour of two foreign countries: Italy to the East and Switzerland to the North-East.
This region is known for its mountainous landscape with the Massif Central in the West and the Alps in the East, as well as numerous extinct volcanoes which forge its reputation.
In addition to its backdrop, Auvergne-Rhône-Alpes is also famous for its culinary specialities such as pike quenelles, gratin dauphinois, the galette bressane and, of course, the emblematic génépi liqueur.

Génépi liqueur is based on the most well-known aromatic plant of the Alps, the génépi which belongs to the Artemisia genus and grows in the Alpine region at around 1,500 to 2,000 metres altitude. It is in particular appreciated for its multiple medicinal virtues and grows in a variety of species including génépi laineux, mugwort, wormwood and sagebrush. All varieties of this plant are fragile and it is protected in many regions and areas to prevent it from being gathered too much which would, over the long term, prevent it from reproducing sufficiently and as such would impact its rarity and quality.