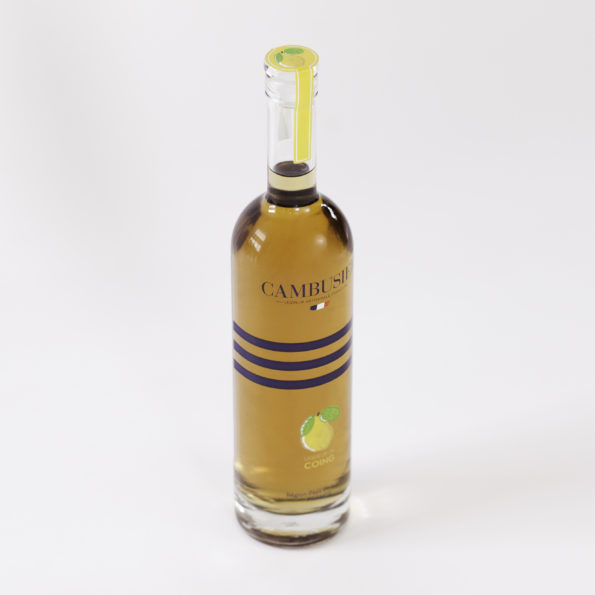 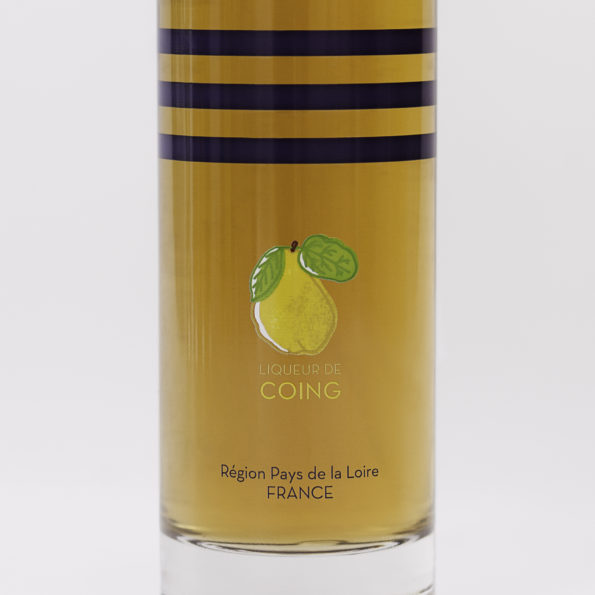 This liqueur can be drunk pure, as a kir or in a cocktail and is served at room temperature.

The Pays de la Loire is a region of the Great West of France, grouping together the Loire-Atlantique, Maine-et-Loire, Mayenne, Sarthe and Vendée departments, with Nantes as the prefecture city.
The region is bordered by the Bay of Biscay to the West (North Atlantic Ocean), Brittany and Normandy to the North, Centre-Val de Loire to the East and Nouvelle-Aquitaine to the South.
The region stretching over 32,082 km² is the 7th largest French region in terms of area and is known for its many waterways as well as its Atlantic coastline and its marshes.
The region is also acknowledged for its agri-food industry (3rd in France) and offers a wide variety of specialities which reflect its geography: oysters, sardines, Mogette ham, its world-famous brioche vendéenne and, of course, its reputed Cointreau and quince liqueur.

The quince’s crooked shape and tangy flavour has always fascinated and anyone who has tasted it, as it conjures up delicious childhood memories.
Fruit of the quince tree, this symbol of the Pays de la Loire region is also grown under different climates, such as the Mediterranean (Portugal, Greece, Crete) but also in more Northern territories.
Although it is not that well-known to the general public, quince has been used since Ancient Greek times for its nutritional qualities and its low sugar content.
This fruit is also very popular in cooking (Moroccan, for example, in tajines) and in the world of wines and spirits, produced as a liqueur or eau de vie (especially in the Balkans area).