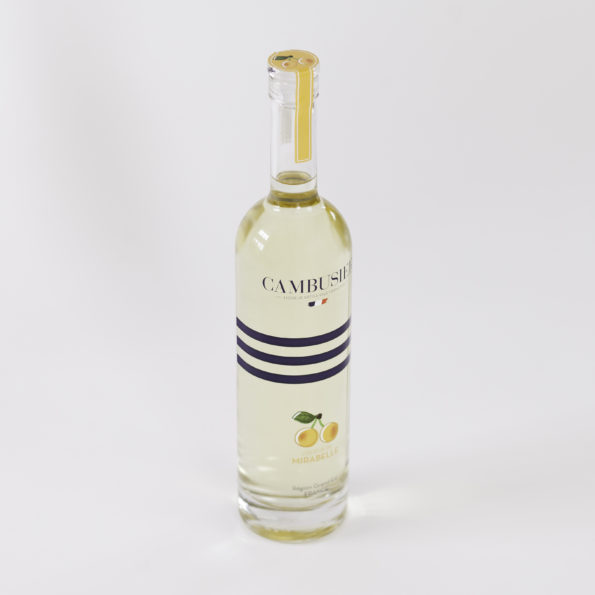 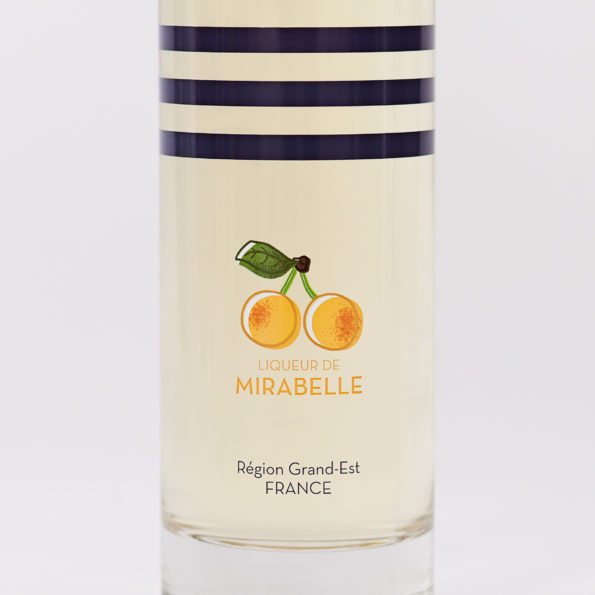 Cambusier’s delicately-orange-tinted liqueur is made by macerating mirabelle plums from Lorraine.
Intensely fruity, harmonious and refined, it wows with its incomparable taste.

Presented in its branded box
Volume: 50 cl / Alcohol 25%
Made in Nol (Vosges)

Nestling in the very heart of the Vosges, in a region where granite, wood and water have harmoniously shaped the land for thousands of years, the Lecomte-Blaise Distillery perpetuates the purest local craft traditions. Founded in 1820, the heritage has been passed down through 6 generations which have acquired exceptional savoir-faire and offer premium quality products.
Through a skilful blend of tradition and innovation, Lecomte-Blaise processes and ennobles the harvested fruit to create exquisitely-tasting liqueurs, cream liqueurs and aperitifs such as its famous mirabelle plum liqueur recognized as the ‘must’ of the Grand Est region.

The Grand Est is a newly-established French region where the former regions of Alsace, Lorraine and Champagne-Ardenne have been merged together. It has over 5.5 million inhabitants and stretches over 57,000 km². Famous for its delicacies such as quiche Lorraine, sauerkraut and bergamot orange, the Grand Est region is also well-known for its mirabelle plums and it produces 80% of the world’s production. This is mainly due to the climate (fresh summer nights and few, if any, scorching days) and the richness of its soil. These conditions favour fruit ripening and optimal sugar content.

The mirabelle plum is the fruit of the mirabelle plum tree, a variety of plum tree, mainly grown in the Grand Est, where it bears the IGP (French Protected Geographical Indication) and a Label rouge (Red Label) under the name of Mirabelle de Lorraine, and in the North of Alsace (Vosges du Nord & Outre-Forêt). Thanks to its perfect conditions, the Grand-Est region totals around 80% of the world’s production.
The mirabelle plum is a small yellow-coloured fruit which is sometimes covered by an edible thin waxy coating called bloom. Considered as an excellent eat-as-is fruit and more delicately-tasting than a standard plum, it is eaten when ripe, from mid-August through to mid-September. There are two main varieties: the Metz mirabelle plum and the Nancy mirabelle plum, where the Nancy type is bier, sometimes red to light orange in colour and covered with red speckles. It goes without saying, of course, that we absolutely had to centre stage this regional speciality through the delicious mirabelle plum liqueur.