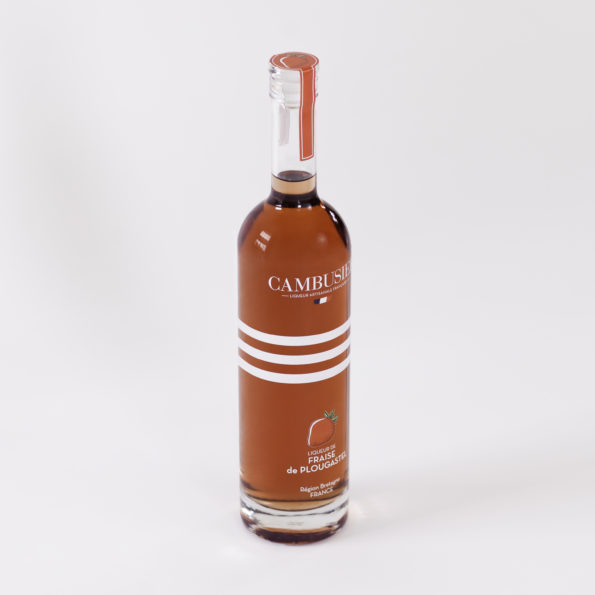 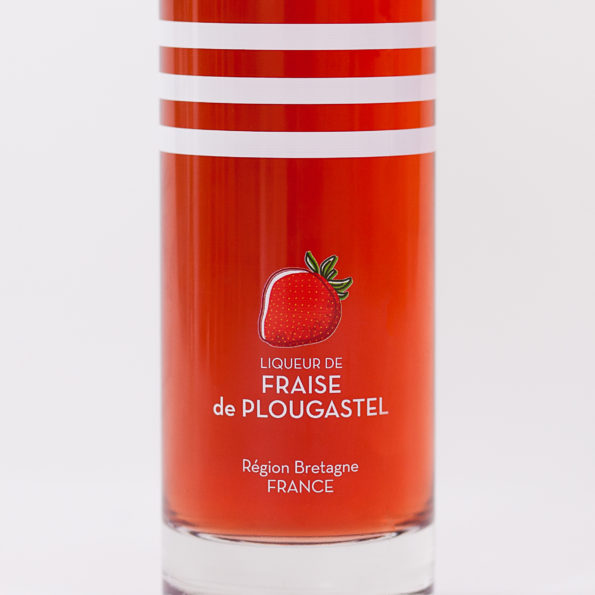 Cambusier’s exquisite red liqueur is made by macerating Plougastel strawberries.
Delightfully fruity, enchanting and gourmand, it wows with its incomparable taste.

Presented in its branded box
Volume: 50 cl / Alcohol 18%
Made in Chantepie (Ille-et-Vilaine)

Since 1968, the Fisselier family-run business has been using traditional craft methods to produce its liqueurs, patiently and lovingly created, offering perfect harmony. This standard of excellence has been passed down through several generations of ‘men of great taste’. The grocery store of the grandfather of Mr Fisselier, the current-day owner, was a world of discovery, a realm of delectable flavours, aromas and sensations. Fruit, spices, chocolates… infinite marvels which were to initiate this aficionado in noble products of the highest quality. Pursuing this quest for excellence, Mr Fisselier’s father created liqueurs which placed the accent on lavish fruit tastes and inspirational flavours. To create a unique product and to share it, he concocted and transformed, forever seeking the absolute blend, texture and taste.

Brittany or Breizh is a geographical and cultural entity which has preserved its very strong identity, shaped over the course of centuries. Located on a peninsula along the Western extremity of France, its shores embrace the English Channel to the North, the Celtic Sea and the Iroise Sea to the West and the Bay of Biscay to the South. In addition to its great traditional cultural heritage, Brittany is, above all, a region made up of four departments. The neighbouring Loire-Atlantique department, part of the Pays de la Loire region, has been a subject of heated debate for years now as to whether or not it should be reunified with the Brittany region. Brittany, with a population of over 4,600,000 inhabitants, stretching over more than 34,000 km², is an important region for France with a vibrant, well-developed economy.
Brittany overflows with local specialities such as its kouign amann (butter and sugar cake), its crepes, its Kaletez gant silzig (grilled sausage wrapped in a Breton galette) and, of course, its Plougastel strawberries. Brittany is also well-known for its cider-producing activity, its mead known as Chouchen, its cola “Breizh Cola”, its whiskey, its wide range of craft beers and, lest we forget, its Plougastel Strawberry Liqueur

While the strawberry itself needs no introduction, it’s not generally known that it’s actually quite distinctive; for example, there are over 600 known varieties of strawberry it’s considered as a “false-fruit” in the botanical sense of the term!
One of the most famous varieties in France for its quality and its aroma is the Plougastel strawberry, a real icon of Finistère. Thanks to the exposure and the richness of Plougastel land, strawberries ripen earlier and are incredibly flavourful.
This variety of strawberry, which grows in an exceptional micro-climate kissed by salty ocean breezes from the Atlantic and enjoys substantial water supplies, is extremely juicy and tasty. The fruit is macerated then pressed to extract its aromas to the full. The resulting liqueur marvellously reproduces the bouquet of the Plougastel strawberry. Pride and joy of its region, the Plougastel strawberry bears the label “Produit en Bretagne”.