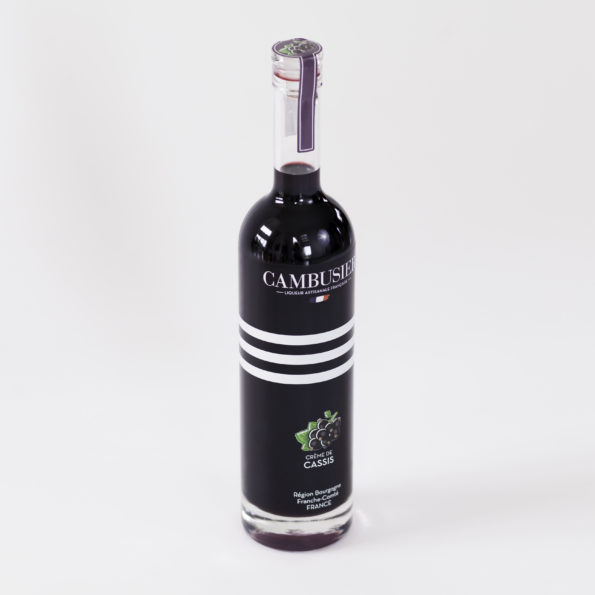 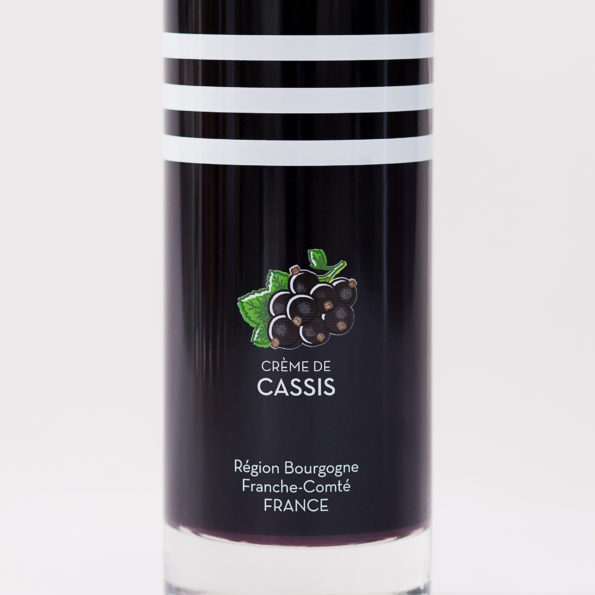 Cambusier’s ruby-red cream liqueur is made by macerating “Noir de Bourgogne” blackcurrants.
Indulgently fruity, rich and intense, it wows with its incomparable taste.

This cream liqueur can be drunk as a Blanc-Cassis or in a cocktail and is served at room temperature.

Presented in its branded box
Volume: 50 cl / Alcohol 20%
Made in Arcenant (Côte d’Or)

Jean-Baptiste Joannet founded his company in 1978 in Arcenant, a village acknowledged in particular for its red berry farming, such as strawberries, cherries and blackcurrants.
After a promising first few years as a fruit producer, at the end of the 70s, Jean Baptiste Joannet chose to change his business and become a full-time craft producer of liqueur made from his own blackcurrants, emblematic of the region. Jean-Baptiste Joannet’s business became the first fruit producer/processor in the region thanks to total control and mastery of the production process! The tradition has been handed down over 3 consecutive generations of this passionate family which continues to create this delicious blackcurrant cream liqueur for you, bearing the label “Crème de Cassis de Bourgogne”, French Geographical Indication of Spirits protection. Jean-Baptiste Joannet’s blackcurrant cream liqueur was also honoured in 2015 at the French Concours Général Agricole, at the Paris Agricultural Fair, where it won the silver medal!

On 1st January 2016, Bourgogne and Franche-Comté became administratively linked. For decades, both regions had shared a passion for a same product: blackcurrant cream liqueur. This newly-established great region stretches over some 50,000 km² and its land is covered by fertile subsoil rich in clay, limestone and coal. Covering an area similar to that of Switzerland or Slovakia, it borders on the Grand Est, Île-de-France, Centre-Val de Loire and Auvergne-Rhône-Alpes regions.
The region’s geology has led it to become internationally-renowned for its wine production and its Vignoble de Bourgogne appellation – 84 different AOCs (English PDOs) – but also for its lesser known “cousin” the Vignoble du Jura – 4 AOCs. Its fabulous ‘terroir’ is also reputed around the globe for its specialities such as snails, Morteau sausage, Comté cheese and, of course, it’s blackcurrant cream liqueur.

Blackcurrant is black berry-shaped fruit known for being highly-flavourful, bursting with rather thick, slightly-bitter juice which is rich in aromas, tannins and vitamins. This fruit is also acknowledged for its medicinal virtues, in particular its antiallergic properties and is digestive qualities. Very popular with consumers, blackcurrant is also greatly enjoyed as jelly, jam, sorbets as well as in its beverage form – blackcurrant cream liqueur in kirs and cocktails.
Jean-Baptiste Joannet’s sustainable fruit farming provides the business with extraordinary raw material which has an ever-so unique 100% natural flavour.
The cream liqueur recipe is based on “Noir de Bourgogne” blackcurrants, a variety deemed as the most noble of all in liqueur craft traditions and a guarantee of excellent quality.